The Newberry County Coroner’s Office along with Newberry County Sheriff’s Department, are investigating a shooting incident that occurred at 540 Wren Road, Newberry, on November 7. The call was received by 911 Communications at approximately 5:45 pm.

Coroner Laura Kneece has identified R. Fabian Salas-Mejia (30) and Constantino Sanchez (23) of Newberry South Carolina as the decedents in the incident. Autopsies have been scheduled for this week.

The Newberry County Sheriff’s Deputies, SLED Agents, and the Coroner’s Office were on a crime scene Sunday evening on Wren Road, just outside the City of Newberry.

The Sheriff’s Office was called around 5:30 pm to the residence after family members could not get in contact with the homeowner. Upon arrival, Deputies found two males deceased inside the home. SLED was called in to help process the crime scene of the suspicious deaths. The Sheriff’s Office believed the incident was contained to the crime scene and that the public was not in eminent danger. 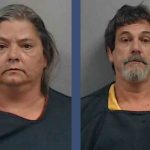 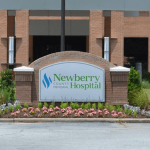