The Newberry County Sheriff’s Office received a call on October 17 from an observant citizen who witnessed a suspicious male going to different utility poles along Old Whitmire Highway. The suspect’s appeared to be pulling something from the pole. When Deputies arrived in the area, the vehicle and male were not located. Upon inspecting the utility poles, it was discovered the copper grounding wire had been removed on about 30 poles.

Using information provided by the citizen, information was given out to area law enforcement officers. A short time later, a Deputy observed the described vehicle in the area of theft. The Deputy performed a traffic stop of the vehicle to continue the investigation. During the traffic stop, several rolled up balls of copper wire were discovered. In addition to the stolen wire the suspects had in their possession drugs and drug paraphernalia. Both suspects were arrested by Deputies and placed into the custody of the Newberry County Detention Center.

In a separate report filed on October 27 it was discovered that copper wiring had been removed from utility poles and a well pump for Beth Eden Lutheran Church.

Investigators were able to connect the theft to the two listed suspects that occurred on October 17.

The two are awaiting bonds on the church theft.

Sheriff Foster said “the theft of precious metals has recently increased. Stealing copper from a utility pole is not only illegal, but it is extremely dangerous.” “Anyone that would steal from a Church is despicable. I am sure if they needed money to live, Church members would have helped them. We will pursue punishment as it exists through the courts.” 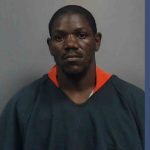 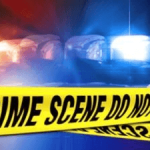