Identification Of Carjacking Suspect Killed On I-26

According to the Lexington Coroner, Phillip John Walden, 40, of Taylors was killed during this incident. Fisher says Walden died at the scene due to multiple upper body gunshot wounds.

As we had reported, the Lexington County Coroner and SLED were working an officer-involved shooting incident Sunday evening at the 91 mile marker exit on I-26 eastbound, involving a Newberry County deputy.

The incident took place after a carjacking on I-26 near the 60 mile marker (at around the Laurens County line) and a chase ensued. Reports are that the carjacking happened after someone stopped to help at the scene of an overturned vehicle.

During the chase the suspect intentionally hit another Sheriff’s Deputy vehicle, driving him into a guardrail. The deputies involved are not injured.

I-26 eastbound was closed Sunday evening from the the 82 to 91 mile markers. 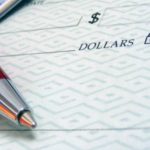