Loucks said the city’s financial statements were fairly stated as of June 30, 2022 and continued to reflect GASB Accounting Standards. She said the firm would be issuing a clean, unmodified opinion, which is the best opinion the city can receive.

Loucks summarized the various funds for council saying that the city had a positive net position, which wasn’t something she saw frequently. Approximately 85 percent of city funds are tied up in capital assets, she said with three percent in restrictions and 12 percent, unrestricted.

Mayor Foster Senn said that while in the past, the Opera House’s executive director had reported to both the foundation board and the City of Newberry, that they had changed their by-laws to take back that position.

Second reading of this ordinance will be held on Wednesday, December 28 at 9 a.m. at City Hall’s Council Chambers.

Council also approved first reading of an ordinance to authorize the sale of property located on both sides of Dixie Drive for $665,000 and to authorize the city manager to execute contract on purchase and sale.

Senn said that with the demand for new housing in Newberry and the success of the Newberry Landing development, there were developers interested in building other homes in the area. When the land was purchased surrounding the recreation complex in 2016, he said this was something that had been discussed as a possibility.

DeWitt said a developer contacted the city and looked into this particular property.

“It’s the desire of council to attract another grocery store,” he said. “We’ve been told in order to do that, we need more rooftops, so to speak, so we’re doing that.”

The developer plans to build a turn lane into the neighborhood on the 34-bypass so as not to inhibit traffic flow, he said.

Second reading will be held in January following a public hearing for those that may wish to speak in favor or opposition to the new neighborhood.

Newberry City Council’s next regular meeting will be held on Tuesday, January 10, 2023, at 7 p.m. 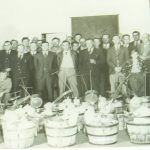 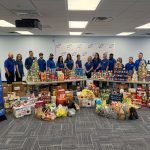