Almost everybody is stuck at home and longing to get back to some semblance of normalcy. This trip will take you on a long drive through the county without actually going into the municipalities. The fields and trees are green and lush. The ditches and yards, new and old, are vibrant with irises, roses, azaleas and wildflowers. While on this month’s trip be sure to look for Bitterweed, Sourgrass, Ragged Robins, Toadflax, Honeysuckle and Blackberries, which are among the many wild and naturalized blooms you’ll find this time of year.

Begin your tour on the Square in historic downtown Newberry. Head east along Main Street and turn left on College Street. While the College campus is beautiful with spring color, it is missing the bustle of activity associated with this time of year. At the intersection of Hwy 76, go straight across to Hwy 121. This complex intersection has become known as Devil’s Crossroads in more recent years, but, in the early nineteenth century, it was the home of Blackjack Tavern (which bustled in a different way!). Hwy 121 is a relatively new road (straightened from a series of roughly parallel roads around 1900) and is sometimes called New Whitmire Hwy. Turn left on King’s Creek Road.

Immediately to the left is the Cavanaugh House. This unusual modern home is built in the shape of an octagon. Turn right on Old Whitmire Hwy. On the right is the George W. Glenn House, a good example of the typical Newberry County farmhouse from the early nineteenth century. These houses are sometimes called “I” houses because they are usually one room in width, but several room in depth (like the letter “I”). We’ll see several of these on this trip. This area of the county is sometimes called Long Lane for an old narrow road between two pastures. Cross Hwy 121. (Turning left here would take you to Whitmire.) Long Lane School stood on the left. The granite retaining wall around the old schoolyard is still visible in places. On the right is another I-house.

Turn right on Hwy 176. This road is incredibly straight (which means that it, too, was created from much earlier roads which weren’t nearly as straight). When you cross King’s Creek, there is a large, swampy area around it. Turn left on Molly’s Rock Road. This road closely follows the original trace of the Old Buncombe Road. This was part of the stagecoach route from Charleston to the mountains of North Carolina. It was part of the Wilderness Road which was followed by settlers heading west. Down one of the road traces to the left is the site of Mt. Bethel Academy, the early Methodist classical school.

Turn right on Mt Pleasant Road. (A left turn here would take you toward Maybinton.) Turn left on Hwy 34. Turn right on Livingston Road. On the right is the John Pierce Wicker House, which is another I-house built circa 1840. Turn left on Graham Cemetery Road. As the road name implies, the Graham Family Cemetery is down the road to the left. Turn right on Graham Road. On the right, the Graham House is a good example of a small farmhouse from the early nineteenth century. Turn right on New Hope Road. Across the fields to the left the monadnock of Little Mountain pierces the horizon. Near the end of the road on the right is Bethlehem Lutheran Church with its two square towers. Turn right on Hwy 176. (A left turn here would take you to Pomaria.)

Turn left on Hwy 219. Turn left on Boinest Road. Down the road you will cross Cannon’s Creek on its way from Lynche’s Woods to the Broad River. Just past the creek on the right is the Boinest House, circa 1845. This was the home of Rev. Thaddeus S. Boinest who was a long-time pastor at Bethlehem and the founding pastor of Redeemer in downtown Newberry. Turn left on Jollystreet Road. Immediately on the left is the old building for Richardson’s Grocery. Turn right on Hwy 773 (St Paul’s Road). On the left is St. Paul Lutheran Church. Founded in 1761, it is the oldest Lutheran Church that has always been in Newberry. (Without moving, the older St. John spent about a century in Lexington County.) Cross I-26 and turn left on Kibler’s Bridge Road. On a bend of the road to the left stands the old Kibler House. The family cemetery is to the right of the road. At one point you will have to turn left to stay on this road (rather than ending up on Berly Boland Road). Turn right on Caldwell Drive which puts you directly parallel to the tracks associated with the C, N & L Railroad.

Cross the railroad tracks and turn right on Hwy 76. (A left turn here would take you into Little Mountain.) After the big oak tree, turn left on Mt Pilgrim Church Road. On the left is Oak Grove Presbyterian Church with its Rosenwald School building to the right of the road. On the left at the top of a hill is Mt. Pilgrim Lutheran Church. Founded in 1880, the present building is faced with field stones and was built in 1934. Cross Hwy 391 onto Stoney Hill Road. (A right turn here would take you into Prosperity.) Turn right on St Luke’s Church Road. Immediately on the right is St. Luke’s Lutheran Church. (You can see a lot of downed trees in this neighborhood from the storm a few weeks ago.) Turn left on Count’s Sausage Road. Farther down the road, you will cross Bush River which is beginning to widen as it approaches Lake Murray. Turn right on Hwy 395. Turn left on Deadfall Road.

Turn right on Indian Creek Road. Turn left on Jalapa Road. On the right, an old road trace leads up the slopes of John’s Mountain which soars to 560 feet. Near the top is the site of Old Tranquil Methodist Church, which is credited with the first Sunday School in the area. Turn right on Beth Eden Road. On a bend in the road to the right is the Renwick-Carlisle House, built circa 1846. To the left is the monument which commemorates the collision of two B-25’s in 1943. Near the end of the road to then left is Beth Eden Lutheran Church. Turn right on Old Whitmire Hwy. In the woods across from the end of Folk Road is a granite outcrop known as Tea Table Rock. According to tradition, the ladies of the area sufficiently delayed Sir Banastre Tarleton enough to turn the tide of the Revolutionary War. Turn left on Hwy 76 and right on College Street and return to historic downtown Newberry. 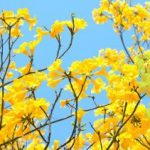 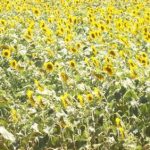