Two Arrested In Chappells For Trafficking Methamphetamine, Other

Sheriff Lee Foster advised that Greenville County Sheriff’s Office had information that a person with outstanding felony warrants was staying at a residence on Catfish Cove in Chappells . Due to violent arrest history of the person, several tactical officers, investigators, and patrol deputies were sent to the location to take the subject into custody.

Law Enforcement arrived on Catfish Cove and after confirming the suspects’ vehicle, attempted to call the subject out of the house over a PA System for nearly two hours with no response from inside. Law Enforcement then breached a door and started calling the subject to the door or a police K-9 would be sent in. Once the subject heard the K-9 barking, he surrendered to law enforcement and was taken into custody.

Law Enforcement then searched the residence for additional people and located a female hiding under a bed. The female was detained and discovered to have arrest warrants from Oconee County Sheriff’s Office for Trafficking Methamphetamine. During the investigation of the two suspects, a stolen motorcycle motor was located that had been stolen out of Charleston. Both subjects are considered violent and dangerous offenders for their past criminal histories of resisting arrest and having possession of guns.

Harlie Danielle Willford, 28, was also arrested for outstanding warrant in Oconee County for the offense of Trafficking Methamphetamine. Willford was picked up by Oconee Sheriff’s Office and transported to Oconee Detention Center. 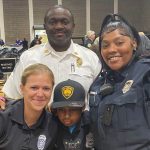 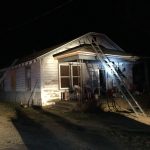