The Newberry Police Department joined with law enforcement agencies throughout the state on July 15 to participate in a mass honorary commissioning of 10-year-old Devarjaye “DJ” Daniel.

Daniel, a young man from Houston, Texas, is battling terminal brain and spinal cancer and began his quest earlier this year to fulfill his wish of being sworn in by 100 police agencies. He has surpassed that goal and is now an honorary officer, deputy and agent of over 600 agencies.

Daniel’s family traveled to South Carolina last week to the South Carolina Criminal Justice Academy to continue his journey and was sworn in by more law enforcement agencies across the state. This included taking an oath as an honorary police corporal for the Newberry Police Department.

Police Chief Kevin Goodman said it was an honor for members of the Newberry Police Department to meet Daniel and take part in the ceremony.

From the Newberry Police Department, Daniel received his oath of office on a plaque bearing an official corporal badge as well as a proclamation signed by Mayor Foster Senn, celebrating him as an officer with the city’s police department and thanking him for his inspiration to thousands of Americans. 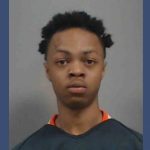 Another Arrest Made In Sunday Shooting IncidentLocal News 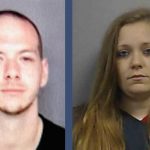