The man wanted for a home invasion and auto theft in Newberry County, which resulted in a two-day man hunt in Silverstreet has been captured in Laurens County by the Sheriff’s Office.

Parsons committed a home invasion in Newberry County, assaulting two homeowners with a handgun and then stealing their car. A chase with law enforcement ensued and Parsons fled into a wooded area, where he evaded apprehension. Parsons then went to Laurens County, burglarized a home, and assaulted the homeowner; causing serious injury. He then stole the victim’s car and was next seen in West Virginia, where he burglarized a home and stole another vehicle. Parsons was spotted in Charlotte, NC the next day. He remained concealed until late yesterday afternoon, when Laurens County apprehended him after a pursuit.

At the time of the Newberry County home invasion, Parsons was wanted for a burglary and larceny in Laurens County as well as thefts in the Whitmire area of Newberry County.

Parsons will be charged with multiple counts of attempted murder, auto theft, and burglary in both Newberry and Laurens Counties. He will also face a host of charges in West Virginia. Parsons was identified in the Newberry County crimes through forensic sciences and intelligence gathering.

“This is one more dangerous man. He was very adept at avoiding capture and had excellent survival skills,” according to Sheriff Lee Foster. “We appreciate the public’s patience and assistance in helping find Parsons. We also appreciated the working relationships with Laurens County, SLED, and the authorities in West Virginia as well as Charlotte/Mecklenburg, NC,” according to Sheriff Foster.

Parsons will be held at the Laurens County Jail, awaiting bond hearings. “Law Enforcement will be requesting a no bond on Parsons because he is a career criminal, a flight risk (to say the least), and an extremely dangerous person,” said Sheriff Foster. 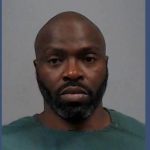 Newberry Man Gets Life Without Parole For 2019 Hostage IncidentLocal News