Newberry Man Gets Life Without Parole For 2019 Hostage Incident

A Newberry man received a sentence of life without the possibility of parole after a Newberry County jury found him guilty Thursday of several charges stemming from a hostage standoff at the Vocational Rehabilitation Center in Newberry, 8th Circuit Solicitor David M. Stumbo announced.

Ricky Bernard Brown, 42, was found guilty on one count kidnapping, two counts of pointing and presenting a firearm at a person, and one count of possession of a weapon by a person convicted of a violent crime. Kidnapping is considered a “most serious” offense under South Carolina law.

Circuit Judge Donald Hocker then sentenced Brown to life without the possibility of parole. Brown received the life sentence due to a second conviction for an offense considered “most serious” under the state’s “two-strikes” law. Brown has a previous 1998 conviction and 20 year sentence for voluntary manslaughter, which is also classified as a “most serious” offense under state law.

In October 2019, Brown went to the Vocational Rehabilitation Center in Newberry armed with a handgun and with the intent to take hostages. Brown fired the gun into the ceiling and held five employees hostage inside the building, one of whom was his case worker at the facility. Brown released the hostages one-by-one after law enforcement units arrived on the scene. After releasing the last hostage, Brown fired four shots in an unknown direction. The State Law Enforcement Division (SLED) SWAT team, which was on hand to assist Newberry law enforcement units, then made entry into the building and took Brown into custody without further incident. While at the hospital being checked for injuries, Brown told an investigator that he intended to go out in a “blaze of glory” during a shootout with police. 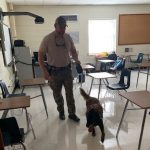 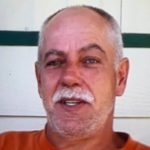