The Newberry County Sheriff’s Office announces the arrest of 55-year-old Ryan Lanard Bonneau for Receiving Stolen Goods valued at more than $10,000, Possession of a Weapon by a Violent Felon, and Unlawful Carry of a Handgun.

On Tuesday January 10, 2023, Newberry County Sheriff’s Office received a call from a concerned citizen that was looking to purchase a Kubota skid steer from Facebook Market Place. The concerned citizen became suspicious during the conversations on buying and delivering the heavy equipment. They had been provided a vehicle identification number and wanted help from the Sheriff’s Office to check on the status of the skid steer. The Newberry County Sheriffs Office discovered the Kubota skid steer was stolen.

Investigators from the Sheriff’s Office began an undercover operation to retrieve the stolen equipment. Around 10:00pm on Tuesday January 10, 2023, Bonneau pulled into the Pilot Travel Plaza on SC Highway 773 with the Kubota skid steer loaded on a trailer. Deputies and Investigators with the Newberry County Sheriff’s Office quickly surrounded and detained Bonneau. During the detention of Bonneau, it was determined that his two minor children with him.

Sheriff Foster stated, “After taking Bonneau into detention, Deputies confirmed the skid steer was the one stolen from West Columbia and made contact with Investigators from West Columbia of the recovery.” “During the investigation of Bonneau was discovered to have $20,000 in cash, a handgun, along with his two children.”

“We would expect to find criminals involved in this type of activity to possibly be armed with a weapon, however, to bring your two kids, subject them to a felony arrest, and place your children in danger, is just thoughtless and careless”, said Sheriff Foster.

Bonneau has an extensive record and was not allowed under law to possess a firearm.

Bonneau’s children were cared for by Deputies on the scene and then turned over to the Department of Social Services for family placement.

Bonneau is being detained at the Newberry County Detention Center on a $20,000.00 cash/surety bond pending due course of law. 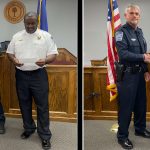 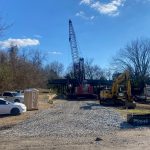