As we have been reporting the suspect in the home invasion incident in the Silverstreet section of Newberry County a few weeks ago, Tracy Glenn Parsons, committed another home invasion in Waterloo (Laurens County) on November 4.

In that home invasion, he assaulted the homeowner and stole a Kia Rio. Law enforcement from Newberry County, Laurens County and SLED were able to tie Parsons to that crime.

In addition, he broke into a home and stole a sum of cash and firearms. The vehicle was spotted in Ghent, WV and in Charlotte, NC off I-77 yesterday. The suspect and the vehicle are still at large.

Parsons is a white male, 5’08”, 180 lbs, with balding salt and pepper hair and blue eyes.
He is considered armed and dangerous. 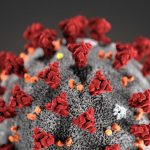 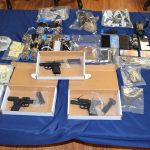