The votes have been counted and winners announced for the City of Newberry’s seventh annual Healthy Chili Cook-Off!

Third place in the best overall chili category was Laila’s Wonderfully Made Goods with their turkey-based chili. Aside from using 93 percent lean turkey, their team chose to flavor their chili with black beans, kidney beans, onions, green peppers and various types of tomatoes and spices. As an option for toppings, they offered low fat sour cream, cheese and crackers.

Mary Alex Kopp, tourism and events manager for the city said that while their business typically makes desserts, they wanted to try their hand a chili for the competition.

“It was the first time she has participated in the event and I think she had a lot of fun,” Kopp said.

Once again in first place at this year’s competition was Joy Ride LLC with their healthy take on a classic beef chili. Some of their ingredients included a few types of onions and chilis, lean ground beef, garlic, celery, jalapenos, red and green bell peppers, as well as kidney, pinto and great northern beans along with traditional chili spices.

Kopp said the team also had options of low fat sour cream and cheese as toppings.
What was unique about this year’s competition results, Kopp said was that each of the best overall winners used a different type of meat – from beef to chicken and then turkey.

“We had a good mix of chicken, beef, turkey and even vegetarian options,” she said. “I think that made it more challenging on the people that attended the event and made it fun overall to see who the winners would be.”

Miss Newberry’s booth added another year to their fame of taking home best booth decoration. Kopp said their team had winter-themed decorations which were popular.

Kopp said this year’s turnout was good and included both locals and those visiting town for various reasons that happened upon the event.

“It wasn’t a record year as far as turnout was concerned, but it was still really good considering the poor weather we had the day before and the foggy morning we started with.”

All 10 booth spaces were filled at the event as well as members from Newberry’s Complete Count Committee present to shed light on the upcoming 2020 Census.

The Blood Connection was back for their annual drive and visitors to the event also had the opportunity to take part in Tribe Fitness’ Dance2Fit class as well as the children’s movement class put together by Five Rose Lane, located downtown.

A total of $748 was raised from chili sales and $285 from the Newberry Arts Center’s Empty Bowls Project.

Funds raised will go back into the community, Kopp said with this year’s proceeds going towards a class project at Newberry College.

The city partnered once again with a class at Newberry College that will be using the funds raised to purchase items needed for a backpack meal program that partners with local schools in the area. The backpacks are distributed to students in need typically around the time they are out on spring break, Kopp said. Several of the students also volunteered at the event, Kopp said.

The Newberry Arts Center still has bowls available for purchase until they are sold out during their regular business hours. 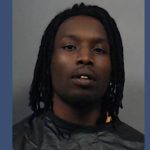