It is with a heavy heart that the City of Newberry announces the passing of City Councilman Zebbie Goudelock on September 3.

Goudelock, 68, served on City Council for almost 30 years beginning in October 1990. During his time on council, Goudelock represented District 3 in the city and also served as the Mayor Pro Tempore on City Council for many years. His favorite aspect of Newberry, he said, was living in a community with a “community first” atmosphere and friendly personalities.

Service Activities of Goudelock included time on the Clinton-Newberry Natural Gas Authority Board, GLEAMS Human Resource Commission, Central Midlands Council of Governments and former Chairperson of the Selective Service Board representing District 3 in the Upstate. He was a member of Saint Matthew Baptist Church in Newberry where he served as Chairman of the Deacon Board, Treasurer and Superintendent of Sunday School.

Mayor Foster Senn described Goudelock as one of the finest, warm-hearted and nicest people he has ever known.

“He was a trailblazer as one of the first two African-Americans on Newberry City Council,” Senn said. “His leadership helped lead to many major improvements in Newberry in the last three decades. Zebbie loved his hometown and its people and was dedicated to them.”

“I have sat beside Zebbie at every City Council meeting I have ever attended, which is 15 years,” he said. “I have appreciated his advice, his counsel, his leadership and most of all his friendship.”

City Manager Matt DeWitt said Goudelock was a pillar of the community and someone he could always look to for perspective and guidance on council.

“His calm and steady leadership saw Newberry through much growth and success,” he said. “I will certainly never forget his positive presence on council. He will be greatly missed by all.” 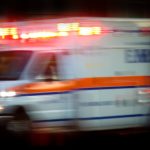 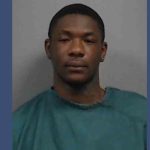