Story courtesy of The Newberry Observer

A Newberry man has been charged with attempted murder, domestic violence of a high and aggravated nature and possession of a weapon during a violent crime after an incident which occurred on Jalapa Road, at I-26, on Aug. 24.

Kevin Keon Caughman, 25, of 140 Oak Ridge Loop, Newberry, was arrested on Aug. 27 after officers responded to a residence on Jalapa Road. According to the Newberry County Sheriff’s Office incident report, the complainant asked the resident of the Jalapa Road home to use the phone because he was running from a subject — later identified as Caughman — who had shot at him.

In the report, the first victim stated that he was “talking” with a second victim and they decided to go on a date — the other victim told him that she was married to Caughman. The report further states that they were separated because Caughman had beaten her and previously threatened to kill her.

The report also stated the victims sped up to get away from Caughman, but he kept up with the vehicle attempting to run them off the road. The second victim stated that she feared Caughman was going to kill her — she would exit the interstate on the Jalapa exit where Caughman continued to follow them, according to the report.

The second victim would turn left in an attempt to go back over the bridge and get back on the interstate east bound, but Caughman sped up beside the vehicle and blocked the east bound entrance ramp. The report stated that Caughman then fired a handgun at the victims as they continued on Jalapa Road towards Highway 76.

When the second victim tried to turn around on Jalapa Road she ran off the side of the road wrecking into a tree, just down from Indian Creek Road. The first victim stated that Caughman stopped abruptly just beyond where they wrecked — he stated that as soon as the car wrecked into the tree, he jumped from the vehicle and fled into the woods, according to the report.

The report continues to state that when the first victim heard the second victim screaming, he turned around and saw Caughman jump out of his vehicle and Caughman began shooting at them again. He stated that he continued to run until he came upon the residence on Jalapa Road where he used the phone to call 911, according to the report.

Caughman was released from the Newberry County Detention Center on August 28 on a $30,000 bond. 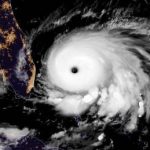 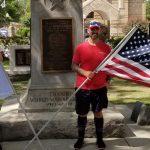