Playing host to the first ever South Atlantic Conference Championship, the No. 21 Newberry College (9-2, 7-2 SAC) football team did not disappoint in front of the home crowd as they we are to take home the crown in the conference with a 27-24 win over Mars Hill on Saturday, November 12.

While the Lions had the slight edge in overall yardage in the contest, the Wolves had a strong 209-92 advantage in rushing yards, thanks to the effort of sophomore Mario Anderson (Summerville, S.C.) who took 33 carries for 144 yards on the day on his way to being named the game MVP by the league. Graduate Dre Harris (Greenville, S.C.) rushed for 42 yards in the game while tossing for 163, including two scores, one each way.

Graduate tight end Tommy Washington (Spartanburg, S.C.) led the way for the receiving core as he hauled in five catches for 64 yards including the game winning touchdown catch in the fourth quarter. Graduate Bryson Woodruff (Roebuck, S.C.) also brought in five receptions for 36 yards in the game.

Defensively, the Wolves were led by junior Luke Taylor (Summerville, S.C.) who recorded five total tackles and an interception in the contest, which he returned 17 yards. Senior AJ Valentine (Johnston, S.C.) also recorded five tackles and a pass breakup. Graduate Chico Onyekwere (Washington, D.C.) hauled in what turned into the biggest interception of the Wolves season as his pick set up the game winning drive for Newberry.

Though the Wolves would receive the opening kick-off it wouldn’t be until their second drive of the game when they were able to put the first points up on the board. A trio of double-digit gains highlighted the drive for the Wolves, and it was capped off by a three-yard option run by Anderson to give the Wolves the 7-0 lead.

Newberry’s defense forced the second straight three-and-out for the Lions and they would turn that into three more points on their next drive that carried over into the second quarter as senior Lawson Reel (Johnston, S.C.) converted from 34 yards out and extended the Wolves lead out to 10. The Wolves would quickly get the ball back as Taylor would intercept the first pass on the next drive, and though Newberry wouldn’t add any thing to their score on the ensuing drive, they would hold Mars Hill to just a touchdown while adding another field goal in the opening half to take the 13-7 lead into the break.

Mars Hill drove down the field in the opening possession of the second half but was only able to get three points out of the trip. After getting the ball back after a short Newberry drive, the Lions took their first lead of the day with a methodical aerial attack that saw them take the 17-13 advantage out of the third quarter. Newberry would cap off a drive that carried over into the fourth quarter as Harris would take it himself around the left-hand side to bring the score back in favor of the Wolves, 20-17.

The Wolves next drive was ended by the Mars Hill defense and the Lions quickly turned their opportunity into a one play touchdown drive that gave them the 24-20 advantage.  But their quickness in scoring on that possession would prove to be costly as the Wolves were able convert an Onyekwere interception just a drive later into what would be the eventual game-winning drive.

After taking a timeout in a critical location staring at fourth and five from the Mars Hill ten-yard line, the Wolves would execute a misdirection pass play that saw Harris’ pass find Washington in the opposite corner of the end zone and give the Wolves the 27-24 lead for good.

Prior to the game, junior Carson Smith (Abbeville, S.C.) was named the SAC Wealth Enhancement Group Elite 23 award winner for having the top GPA among student-athletes in the championship contest.

The Wolves will now await their fate at the hands of the Super Region II Selection Committee on their possible bid to the NCAA tournament for a second straight year. The selection show will take place on Sunday at 5:30 p.m. and can be viewed live on NCAA.com. 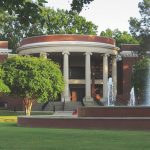