Earlier this afternoon we reported a homicide that happened overnight last night as authorities responded to a shooting call just after midnight in the Wise Street area of Newberry. A 16-year-old male was found with a gunshot wound.  He was transported to Newberry Hospital where he later died of his injuries.

Authorities were also called to another report of shootings that took place earlier this afternoon around that same area.

We understand that law enforcement responded to shots at around 3:00 this afternoon, and three people were found dead on Eleanor Drive in the Wise Street Community.

This is, of course, a developing story.  Stay tuned for more information as we get it in to us here at WKDK

In the meantime, anyone with any information needs to call the Newberry Police Department or Midland Crime Stoppers at 1-888-CRIMESC. 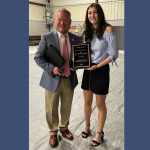