Roost joined the Newberry faculty in 2017, and she brought with her a passion for civic education and real-world involvement. Alongside her roles as professor, coordinator of the political science program, pre-law advisor and Fulbright scholar liaison, Roost has become a campus leader for community service, voter education and civic discussion efforts. She serves on the President’s Task Force for Diversity, Equity and Inclusion, established in 2020. She has also been a key player in the development of a new major and minor, public and nonprofit administration, set to debut this fall.

“My teaching philosophy emphasizes that which makes for effective students and world citizens: questioning, critical engagement, and logical argumentation,” said Roost. “Education is about going outside comfort zones, grappling with difficult concepts, working together to fully comprehend those concepts, and learning how to apply critical thinking skills.”

In addition to this year’s SCICU award, Roost was honored in 2019 with the Teacher Appreciation Award by the Alpha Delta Chi chapter of Omega Psi Phi Fraternity, Inc. 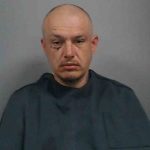 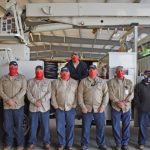