Newberry County Coroner Laura Kneece has released the name of the individual who died in the collision early Wednesday morning on SC Highway 121.

Tevis Odell Mobley, 28, of Prosperity, was killed when he was ejected from his vehicle after crashing into an 18-wheeler.

An autopsy is scheduled, and this incident remains under investigation by the Newberry County Coroner’s Office and the South Carolina Highway Patrol.

Original story (09/21/22): An early morning accident on Wednesday, September 21, has claimed the life of one individual.

The collision happened on SC Highway 121 shortly after 4:30 am, involving a Toyota Camry and an 18-wheeler.

The driver of the Camry was ejected from the vehicle and died at the scene.

This accident promoting a road closure on SC Highway 121 near I-26, on the Whitmire side. Traffic is being rerouted until further notice. 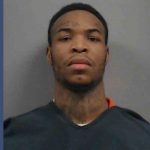