The City of Newberry will officially welcome its new Chief Building Inspector, Wayne Redfern on Monday, July 26. Redfern joins the city with many years of experience in the areas of business and contract development, technical design, project management and construction administration. He has worked for several firms as an architect including Gensler, Michael Baker International, Stevens and Wilkinson and the South Carolina Department of Construction and Planning.

Redfern said he and his wife are very excited about joining the Newberry community.

Beginning his career in Atlanta, while it was a large area, Redfern said it had similar attributes of Newberry where people were friendly and accepting.

“There was a real feeling of community,” he said.

Since then, Redfern has traveled throughout the southeast, to New York, Washington DC, Boston, Toronto, Africa and the Middle East. While exciting from a professional standpoint, he said it always kept him too far away from his family.

When a family connection brought them to the Newberry area more often, Redfern said he began visiting and attending many of the local events.

Redfern said he was impressed by how Newberry had developed and was very excited about the opportunity to help the town grow for years to come.

“I feel that Wayne’s depth of experience will be a real asset to the city,” City Manager Matt DeWitt said. “I feel he should be able to help us identify areas where the city can continue to experience controlled and planned growth.”

Redfern has worked on a wide range of project types throughout his career including the State Capital renovation and the first renovation of the Riverbanks Zoo, which is what he said would make him a good fit for the Newberry community.

“Each of these had its own particular requirements and impacts on the local community,” he said. “This experience will allow me to take everything into consideration when plans are reviewed so the best results are achieved. It helps me understand the true intent of the building code and its impact on life safety for the public, so buildings are constructed in the proper manner.”

When he’s not working, Redfern enjoys golfing, fishing and spending time on the beach as his favorite past times. Together, his family has a small hobby farm with 70 chickens, 11 ducks, 11 dogs and two cats. They have been residents of Little Mountain for the past 22 years but have plans this year to move to the city. 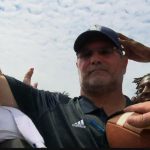 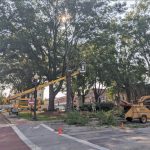