“We are glad to honor our good friend, Zebbie Goudelock,” Mayor Foster Senn said Friday. “Zebbie was a leader and a trailblazer. He did much for Newberry that will have long-lasting benefits for the people of the Newberry community.”

Goudelock served on Newberry City Council for almost 30 years before his passing in September 2020. During his time on council, Goudelock represented District 3 and served as the Mayor Pro Tempore.

Senn said Goudelock was one of the first two African American City Councilmen to serve on council.

When considering a way to honor Goudelock’s legacy, Senn said Senator Ronnie Cromer suggested the naming of a street to which council agreed.

As Goudelock was a leader in helping the community achieve this park, Senn said it seemed appropriate to name a street in the park after him.

Words that came to mind when answering that question, Senn said were compassion, sincerity, caring, genuine and more.

Goudelock’s pastor, Reverend Willie Hair of St. Matthews Baptist Church spoke in his memory, saying that if the name of Zebbie Goudelock was mentioned, someone would have something positive to say about him.

Hair said that Goudelock set a legacy that he left behind – one of loving others and serving the one whom he served.

“I was blessed to be his pastor,” Hair said.

Others present had positive remarks about Goudelock, including Councilman Lemont Glasgow.

Known to him affectionately as “Mr. G,” Glasgow said that Goudelock was a friend, that being what he missed most about him.

Glasgow said advice he received from Goudelock was to simply go out and do his job, knowing that he wouldn’t be able to make everyone happy.

“I’ve always carried that with me,” Glasgow said.

Goudelock was described by Glasgow as always having a positive attitude and he thanked his family and friends for sharing him with the City of Newberry.

Pat Caldwell described Goudelock as a steward of people, one that always put his constituents first.

“As Zebbie is remembered here for many years to come at the entrance to the park, I’m glad he is remembered not only for the many accomplishments of his life, but the caring and loving way he did it as well,” Senn said. 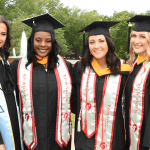 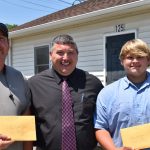 Employees Recognized As City “Team Of The Year”Local News