Deputies, Whitmire City Police, and SLED were on the scene of a barricaded suspect on Satterwhite Street in Whitmire on Saturday evening.

The incident began on Jeter Street where a man armed with a knife attempted forced entry into the resident of a family member. A Whitmire Police Officer confronted the individual and he fled to his home on Satterwhite Street.

He barricaded himself inside the home and refused to leave. The Sheriff’s Office Critical Incident Response Team were on the scene as well as members of SLED SWAT. Citizens were requested to not approach the area.

The barricaded suspect was later taken in custody. Deputies and SLED agents entered the house and attempted to de-escalate the situation, but the suspect became aggressive.

A K9 was used to subdue the suspect and he was taken into custody with no further incident. The suspect was identified as JEFFREY MARCUS EPPS, 36, of Whitmire. He is charged with Burglary First Degree, Attempted Murder, and Possession of a Weapon During a Violent Crime. 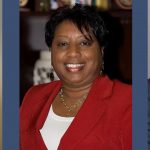 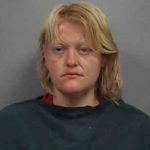