Arrest Made In Recent Burglaries

James McKinsley Gallman, 56, of Newberry County was arrested last night in connection with a string of break-ins downtown and throughout the city of Newberry.

As a result of continuous surveillance by the Newberry City Crime Suppression Unit, Gallman was apprehended while in the process of breaking into a local business downtown. He was taken into custody without incident at approximately 1:20 a.m.

Officers with the Newberry Police Department have worked around the clock, Goodman said, in order to solve this case.

“I’d like to thank my captain, Michael Kennedy, my investigators and patrol division for their tireless work in apprehending the subject,” he said.

Goodman said a special thank you went to Robert Dennis, the Newberry County Sheriff’s Office patrol division and their investigative team for their help in downtown surveillance.

“They too spent countless hours helping monitor the downtown area with directed patrols and surveillance equipment,” he said.

For their patience and cooperation, Goodman also thanked the Newberry business owners.

“As I have said, it takes a village to keep a community safe and enhance the quality of life,” he said.

This investigation is still ongoing by the Newberry Police Department. 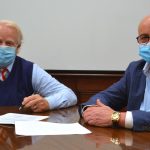 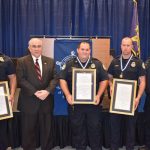