On September 8 at about 7:30pm, the Newberry County Sheriff’s Office responded to a shots fired call on Golf View Road just outside the City of Newberry. When they arrived, they were told that the shots fired were part of a domestic dispute and that the male suspect had the weapon and the female was still in the home. The Newberry Police Department and State Law Enforcement Division also responded to the scene.

The female victim in the home had locked herself into a bedroom where she stayed out of fear of the suspect. At just after 9pm, the SLED entry team was able to enter the residence and safely remove the female from the residence without issue.

At approximately 10:30pm, the SLED entry team again made entry into the residence and the suspect was taken into custody.

The suspect was identified as Dean Ryan Daugherty, 46, of 96 Golf View Road, Newberry, SC. He was taken to the Newberry County Detention Center after his arrest. Arrest warrants will be obtained on Daugherty this morning charging him with Domestic Violence High and Aggravated Nature, Kidnapping, 2 Counts of Pointing and Presenting a Firearm, Discharging a Weapon Under the Influence of Alcohol, and Possession of Weapon During a Violent Crime. 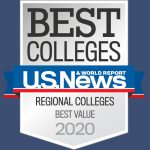 US News & World Report: Newberry College One Of Best Colleges In The RegionLocal News