Newberry College has inducted 10 seniors into the ranks of the institution’s prestigious Who’s Who.

The honorees received their awards Nov. 8 at the college’s annual Founder’s Day Convocation.

The following individuals were recognized:

Brooke Elizabeth Berry, of Batesburg. A psychology and English major, she has served as a student marshal, presented at the Carolina Undergraduate Social Science Symposium, volunteered at the Saluda County Public Library, and has been published in Lacunae, the college’s literary magazine. Berry plans to pursue graduate school and a career as a librarian or a psychological researcher.

ShaQuana Vonne Bracey, of Bennettsville. An early childhood education major, she has been a Dean’s List student. She participates in the Woman-2-Woman program, works at the Newberry Child Development Center and tutors young students in a variety of subjects. Bracey plans to pursue a master’s degree in literacy and a doctorate in education.

Hester Foo, of Singapore. A graphic design and digital marketing major, she has been involved in Omicron Delta Kappa Honor Society, Lutheran Student Movement, campus ministry and the International Students Association. She has taught physical education to home-schooled children and volunteered at the Newberry Opera House. Foo hopes to someday open her own graphic design and digital marketing company in her come country of Singapore.

Andrea Nicole Getz, of Newberry. A biology major, she has been on the Dean’s List for six semesters, served as a student marshal and played for the women’s basketball team. Recently, she was honored by South Carolina Independent Colleges and Universities as its J. Lacy McLean and Sterling L. Smith Student of the Year. Getz plans to obtain a doctorate in physical therapy and hopes to eventually open her own clinic.

Luke Charles Gibson, of Albemarle, North Carolina. An accounting major and member of the men’s basketball team, he has been named to the Dean’s List, the South Atlantic Conference Commissioner’s Honor Roll, and the Eastern College Athletic Conference Commissioner’s Honor Roll. He has been named the South Atlantic Conference Men’s Basketball Scholar Athlete of the Year, served as a student marshal and volunteered at local schools. Gibson hopes to play professional basketball, obtain a master’s degree in accounting and build a career as a certified public accountant.

Brandarius Shmar Jones, of Newberry. An elementary education major, he has been involved in the Call Me MISTER program, Blue Key Honor Society and the Teachers Education Committee. He has volunteered as a football coach at Newberry Middle School, and has worked with the Junior MISTERs and the America Reads work study at Newberry Elementary School. Jones hopes to become an elementary school teacher and an administrator, while continuing his coaching career.

Mariah Elizabeth Lee, of Seaford, Delaware. A biology major, she has been involved in Omicron Delta Kappa Honor Society, the Future Medical Professionals of America and the varsity field hockey team. She has also been on the Dean’s List and was named a National Field Hockey Coaches Association Division II Scholar of Distinction. She has volunteered in the biology lab, South Carolina Science Olympiad, has worked with Newberry Pathology Group, and has two scientific presentations and one published work to her name. Lee hopes to pursue a career in medicine, specializing in anatomical and surgical pathology.

Dragana Petkovska, of Kriva Palanka, Macedonia. A mathematics and graphic design major, she has tutored in mathematics, physics and German, and placed first and second in the Michael W. Terrana Competitive Logic Mathematics Exam. She is also a member of Pi Mu Epsilon Math Honor Society, and of the women’s basketball team, in which she was named Teammate of the Year for 2018-2019. Petkovska hopes to earn a master’s degree in computer science, and to continue playing basketball and working in graphic and web design.

Marisa Brianne Romanchek, of Charleston. A history major with a concentration in secondary education, she is a member of Phi Alpha Theta History Honor Society, Alpha Kappa Delta Sociology Honor Society, and of the Dean’s List. Her campus activities include serving as an officer of Sigma Sigma Sigma sorority, and playing in the Scarlet Spirit Marching Band and in the Newberry College Wind Ensemble. Romanchek plans to pursue a master’s degree in education and teach social studies in the Charleston area.

Elise Sydney Utne, of Yorktown, Virginia. An accounting major and member of the field hockey team, she has been named to the Dean’s List, has received the Jerrol S. Oxner Business Merit Scholarship Award and has been named a National Field Hockey Coaches Association Division II Scholar of Distinction. She has been involved in the Sojourner Initiative and has assisted the business administration department in its research into developing a graduate program. She also volunteers at White Oak Manor of Newberry. Utne hopes to pursue a graduate degree and become a certified public accountant. 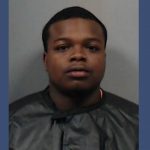