An early morning call on I 26 about suspicious and reckless activity has led to the death of a man.

At approximately 4:30 am, Newberry County telecommunicators received a call about a silver SUV riding on a wheel rim with sparks coming from the vehicle West bound on I-26.

The 911 Center then got a call from the Citgo Station at the intersection of I 26/SC 121 (Exit 72) about a suspicious male in the store acting in an intoxicated fashion. The clerk of the store stated that as she was calling 911 the suspect left the store.

Deputies arrived a short time later and found a silver Kia Sorento with temporary Georgia tags and one wheel being on the rim. Deputies searched the area without results. A tow truck was called to remove the disabled vehicle, while Deputies continued to search the area.

At approximately 6:30 am one of the Deputies saw the suspect sitting in the edge of the woods just off the store’s property. The second Deputy returned and the approached the suspect and asked him to come out of the wood line. The suspect then stood up and drew a handgun from a jacket pocket. The Deputies took cover and challenged the suspect to drop the gun. The suspect waived the gun around, then retreated into the woods taking cover in a ravine. The Deputies continued to challenge him and establish dialogue, while a tactical team and K 9 units were called. A short time later, a shot was fired. After a few seconds, Deputies using a tactical shield for protection approached the suspect and found him with a semi-automatic pistol and a gunshot wound. Newberry County EMS and Newberry County Rescue had been stationed nearby and responded within seconds to find no vital signs.

Since Deputies were involved with the call and there was a loss of life, SLED has been asked to investigate. No Deputy Sheriff discharged any of their weapons during this event according to Sheriff Lee Foster.

Sheriff Foster gave credit to the Deputies for remaining undercover and attempting to de-escalate the situation. “We hate someone lost their life, but we are also grateful that none of our Deputies were injured in this incident.”

The deceased’s name has not been released pending positive identification and notification of the next of kin. 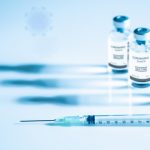 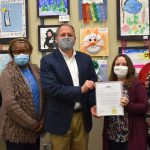 50th Anniversary of “Week Of The Young Child”Local News