The Newberry Fire Department has responded to several fire calls within the past 24 hours, according to Chief Gene Shealy.

At 7 p.m. Wednesday, crews were dispatched to a house fire on Summer Street with limited damage. Upon clearing the scene, Fire Chief Gene Shealy said they were then dispatched to a tractor trailer fire on I-26.

Two calls involving fires in fields/grass were attended to by crews yesterday, one assisting Newberry County with the use of the department’s ATV Suppression Vehicle.
In the early morning of June 16, crews were dispatched to a house fire on Crosson Street at 4:18 a.m. Upon arrival, the house was fully involved with partial collapse. Shealy said the house was declared a total loss.

“There was minor damage to an adjacent structure due to radiant heat exposure,” he said. “Crews were able to clear the scene at approximately 7:30 this morning.”
Shealy said the city had two firefighters with minor injuries, that both had been checked on scene and required first aid attention only. No civilians were injured, he said. 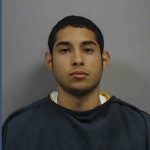