Spring is here again. It would be impossible to list everything in bloom right now, but we’re going to try! There are flowers blooming in yards downtown, there are old garden flowers hinting at dwellings past and there are wildflowers galore. Dogwoods and Judas Trees (redbuds) adorn town and country. Wisteria is everywhere. Azaleas are beginning to adorn the downtown, while Yellow Jessamine (the state flower) and red Woodbine creep from behind the forest’s edge. Purple and white Flags (the wild form of Bearded Irises) can help indicate old house sites.

Begin your tour on the Square in historic downtown Newberry. From the Square, turn left on Nance Street. Turn right on Boundary Street. After you cross the bridge over the railroad, the red brick Pressley Ruff House is on the left. With its massive columns and cast iron balconies, it is a picturesque ante bellum home. Continue out Boundary Street, watching for spring color, until the street becomes Hwy34-121. After all the recent rain, Bush River is almost visible from the bridge. Near this bridge was the site of Brooks Fort, a blockhouse from the French and Indian War. Turn right on Stoney Battery Road.
Turn left on Spearman Road. At a bend in the road to the left is the Reagin-Mazyck family cemetery. Turn left on Main Street (Hwy 34). When you cross the railroad tracks, you’ll be in downtown Silverstreet. Originally known as Shop Springs, the town was established as a depot on the Columbia & Greenville Railroad. Bear right on Deadfall Road. On the left between the intersections of Werts Road and Hwy 121 is the site of Deadfall Tavern. Farther down the road you will find the turn for New Chapel Methodist Church on the left. Founded near the Saluda River in the early years of the nineteenth century, the church was moved to its present site in the 1830’s. The present building was begun in 1879. Next to the church is a very small wooden building that originally served as a Sunday School. Continue along Deadfall Road.

Just down the road on the right, the old Cannon House, built in 1867, looms over the fields of Utopia. Tradition has it that children at the local school gave the community this name because they felt their home had all the features of Thomas Moore’s fictional place. New berry’s version is bounded by Bush River, Saluda River, and Deadfall Community. In the woods across Beaver Dam Creek was the site of Utopia School which consolidated with six other schools in 1924 to become Silverstreet School. Near the end of the road, Hannah AME Church stands to the right. Across the road at the edge of the cemetery is Hannah School, one of the Rosenwald Schools built in Newberry County. At the end of the road on the left is the old Nichol’s Store.

Turn left on Hwy 395. On the right is the site of the Schumpert House which was dismantled and moved to Waterloo. Off the highway to the left is the Boulware House. This cottage-style home was built in the mid-nineteenth century. Also on the left, as the hill begins to slope downward to Bush River is the Hugh O’Neall House. This small farmhouse was built by a Quaker family around 1800. On the left, opposite the end of Cannon Swamp Road is the Werber House. In the mid-nineteenth century, Mr. Werber suggested terracing and rotating crops to conserve soil. On the left, behind a wooden fence is the Buzhardt House, which was also built in the mid-nineteenth century. Turn right on St. Luke’s Church Road. As you go down the hill, try to spot the old Rock House across the pasture to the left. Built circa 1758 by Jacob Hoffman, it’s the oldest documented dwelling in the county. Turn left on Colony Church Road. Colony Lutheran Church is at the end of the road on the right. Its cemetery is across the street on the left. Colony was founded in 1845 and is halfway between St. Paul’s and St. Luke’s.

Turn left on Hwy 76. Turn left on Boyd Crossing Road. Off to the right (after passing under the railroad on a very narrow lane) is the site of the Revolutionary era Gauntt House. Ancestors of the Gauntt family downtown, this was where Hannah Gauntt wrestled the Tories to the ground and sat on them until help could arrive. At the end of the road, turn left to visit Ebenezer Methodist Church. Methodism was being practiced in this area in homes around 1800. This church was organized in 1814. The present sanctuary was begun in 1867 and remodeled in the 1960’s. There is a cemetery next to it. Turn around and continue along Glenn Street Ext. toward town. There is a large area of construction to the right for the future City Recreation Facility. Turn left on Ebenezer Road. On the right just beyond the intersection of Player Street is Timberhouse, an ante bellum home built for the Kibler family. Turn right on Nance Street. Turn right on Caldwell Street.

Turn right on Milligan Street. On the left is Epting Memorial Methodist Church. The roots of this congregation go back to 1903 when a chapel was formed in the old Mollohon Schoolhouse. The Methodist congregation continued to meet with the Baptists until the Milligan Street church was built in 1926. The church was named for James F. Epting who organized the Sunday School program but died before the church was complete. Down the street to the left is Summer Memorial Lutheran Church. In 1911 a Lutheran Church was established for the mill village. The original church was built by the Summer brothers as a memorial to their parents, George W. and Martha D. Summer. The present church building was constructed in 1952. At the end of Milligan Street is the site of East Side Chapel. In 1907, the old (circa 1831) church building for First Baptist Church in Newberry was moved to the corner of Lee and Glenn Streets for the use of the Baptist congregation in the mill village. It was replaced by the present brick building which houses Glenn Street Baptist Church. Turn left on Glenn Street.
Turn left on Clarkson Ave. At the bottom of the hill, the south fork of Scotts Creek crosses. On the right the creek flows down from its sources near Dixie Drive. On the left, the creek meanders west through Graveltown toward its confluence with the north fork near the Bush River. Turn left on Gordon Street. On the left is Coateswood, the home of Job Johnston (circa 1842). From this direction, the longhouse (or outbuilding) is visible. Cross Johnstone Street onto Calhoun Street and return to historic downtown Newberry. 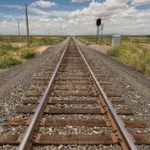 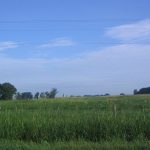