The Newberry County Sheriff’s Office announces the arrest of an individual who was found to be in possession of weapons and drugs.

The Newberry County Sheriff’s Office responded to 2703 Nance St., Newberry for the service of an arrest warrant on Cameron Demont Gallman,  31, for the offense of Distribution of a Controlled Substance.

When Deputies arrived and announced their presence, Gallman was observed to peek out the window and run to a back room. Deputies made entry to the residence and were able to take Gallman into custody without incident, however there were more drugs and weapons observed in plain view.

Deputies obtained a search warrant to further search the residence and discovered Marijuana, Cocaine, and firearms.

Gallman is being detained at the Newberry County Detention Center after a Magistrate set his bond at $12,000.00 cash/surety. 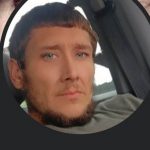