Joyner To Step Down As VP For Institutional Advancement

“I have truly loved my time here at Newberry College,” Joyner said. “My kids have grown up on the campus, and my wife and I have made a home here in Newberry. But it’s time for me to turn the keys over to someone new. I hope to find a new position where I can make an impact.”

Since Joyner assumed the leadership role in 2012, the number of the College’s active donors has increased over 30 percent. Annual support has netted cash gifts of over $10 million. More than $2 million has been raised for the College endowment, and over $23 million toward the $35 million Scaling the Summit capital campaign. Launched in 2014, the campaign includes a stadium project, a new building for the nursing program, the completed Center for Teacher Education, along with a host of other renovations and additions to campus.

“I greatly appreciate the numerous alumni and friends who have stepped up to help the College, our advancement staff for their hard work, and President Scherrens for allowing me the opportunity to help make a difference here,” Joyner said.

Before coming to Newberry, Joyner served vice president of university advancement at Armstrong State University, where he directed annual, major and planned giving, alumni relations, research, and marketing and communications. He has also served at Coastal Carolina University and at the University of North Carolina at Wilmington.

“Scott was one of my first hires back in 2012, and we inherited a situation where communication between the College and our alumni, friends and supporters was weak at best,” said President Maurice Scherrens. “Scott was very instrumental in renewing this bond and strengthening the overall annual support critical to the growth and success of the College.

“Together we engaged in a 30-city tour in 2013-14 to re-engage with our alumni, donors and friends. It was a non-stop effort and it required a relentless personal and professional commitment to reconnect with so many ignored by the College for many years. Scott was always ready to jump into the car with me and take the next trip. He has been a great asset to Newberry College. He has served us well and I wish him all the best in his next endeavor.”

“Despite this change, we aren’t going anywhere,” Joyner said. “My wife, Barbara, will continue to work in the College’s Center for Student Success, and our children, Allison and Josh, are students at Newberry Academy. We will remain active in our beloved Newberry community.” 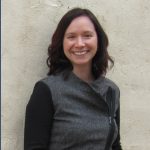 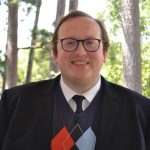