Four have been arrested and charged in a homicide that took place over the weekend on Holloway Street in Newberry.

The following suspects have been charged with murder, possession of a weapon during a violent crime and breach of peace of a high and aggravated nature: Terrance Christopher Dukquan Abrams, 22, of 2521 Upper Lane in Newberry; Kiddiocus Dajohn Johnson, 29, of 532 Beisel Road in Newberry; Oshavius Markeis Johnson, 17, also of 532 Beisel Road; and a 16-year-old juvenile.

While juveniles cannot normally be identified, Oshavius Johnson is being charged as an adult, Police Chief Roy McClurkin said.

Officers with the Newberry Police Department were dispatched to Holloway Street in the city of Newberry Saturday night in reference to gunshots and a person who had sustained a gunshot wound.

Once on scene, officers located Carolyn Dawkins Sims, 72, at 2341 Holloway Street who told officers that two vehicles, a car and a truck, were shooting and she was struck as she was getting out of her vehicle.

Sims was transported to Prisma Health Richland Trauma Center. While in route, she went into cardiac arrest and was pronounced dead at the trauma center a short time later.

Working through the night Saturday and into Sunday morning, investigators with the Newberry Police Department collected evidence and followed up on tips, leading to the arrests.

“This is a tragedy and our hearts go out to the family of the victim,” McClurkin said. “The Newberry Police Department will continue to make preventing gun violence a top priority and hold those responsible accountable for their actions.”

McClurkin thanked his team at the police department for their dedication and hard work that led to the arrests of the suspects. 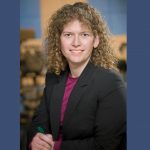 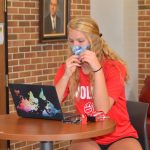