Each one of these Law Enforcement officers bring a great deal of love, compassion, and dedication to the profession and each one are well deserving of this recognition.

The Newberry County Exchange Club Law Enforcement Officer of the year was Lt. Shawn “BamBam” Carnes.
On 08/16/2021, a 911 call would quickly turn into a 45-mile vehicle pursuit. The end result was a suspect placing hundreds of innocent motorists on a busy interstate highway in jeopardy and Deputies having to make a split-second decision that ended in the suspect losing his life.
During the 45-mile pursuit, the suspect’s actions to elude Law Enforcement in an extremely dangerous fashion, showed his total lack of regard for the law. By hitting, ramming, and pitting 18 vehicles, including two law enforcement officers was a mere sign of his lack of care and regard for the lives of innocent civilians just trying to get to their destinations. When the suspect attempted to get back on the Interstate traveling west in the east bound lane, Lt. Carnes made the decision to stop and not allow the suspect back onto the interstate. Lt. Carnes actions by following his training, policy, procedures, and by disregarding his own safety; saved many citizens in South Carolina.

Shawn Carnes is a 2002 Newberry College graduate where he played football. He was the Team Captain for the year 2001 season. Upon graduating from Newberry College in May 2002, he began his law enforcement career at Newberry County Sheriff’s Office June 2002. Shawn worked his way through the ranks at the Sheriff’s Office and is presently a shift Lieutenant and team leader for the Critical Incident Response Team, “CIRT”. Shawn also worked many hours with the Newberry City Recreation Department with his knowledge of sports and commitment to promoting sports with younger kids. Shawn is married to Linsay and they have a daughter, Laney. 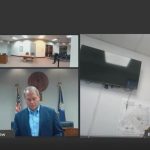 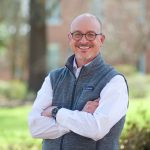