Arrest Made In Connection With September 26 Homicide; Another Suspect Wanted

Rinehart has been charged with murder, possession of a weapon during a violent crime and breach of peace of a high and aggravated nature.

Police Chief Roy McClurkin said investigators with the Newberry Police Department have been busy interviewing witnesses and following up on leads which led to Rinehart being developed as a suspect in the homicide case.

The Newberry Police Department is also looking for an additional suspect involved in the case. Jalen Derand Glymph, 21, of 6206 Arbor Crest Court in Fountain Inn is also wanted on charges of murder, possession of a weapon during a violent crime and breach of peace of a high and aggravated nature associated with the case.

McClurkin said Glymph is considered to be armed and dangerous. If located, members of the community are advised to avoid contact with him and call 911 immediately.

If anyone has information on Glymph’s whereabouts, please contact the Newberry Police Department at 803-321-1010 or Crime Stoppers at 1-888-CRIME-SC. All tips will remain anonymous. 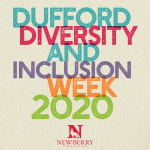