A Deputy Sheriff on patrol and checking property in Chappells early Friday morning observed a pickup truck pulling a trailer with a four-wheeler attached run through a stop sign at high speed.

The Deputy attempted to stop the vehicle, which refused to stop and increased speed. The pursuit entered Saluda County for a short distance and turned on a side road, then onto a dirt road where the truck and trailer became stuck. Contact was lost with the Deputy as Saluda and Newberry County Deputies responding as back up were in the area. Due to the Deputy’s vehicle being equipped with an automatic vehicle locator (AVL) and the new radio system, back up quickly found the Newberry County Deputy. The suspect had fled the truck once it became stuck and the Deputy gave chase. A brief struggle ensued before the suspect was taken into custody. The Deputy was uninjured.

Records checks showed the truck was stolen out of Aiken County. In addition, a stolen tag out of Union County was found.

Sheriff Foster complimented the Deputy for his vigilance and efforts in arresting a person with a fairly long criminal history. He also praised the technology efforts of the County of Newberry. At one point we lost contact with the deputy, but with our AVL system our Tele-communicators were able to virtually follow him and direct responding help. The new state-wide radio system also provided seamless communications with dispatch and with Saluda and Greenwood Counties. Although we lost contact with the Deputy and that caused great concern, we were able to get him help much faster and ensure his safety, according to Sheriff Foster.

A bond hearing is scheduled for later today. 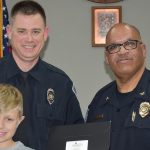 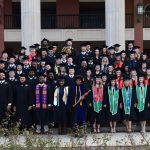