The Newberry County Coroner’s Office, along with the South Carolina Highway Patrol, are investigating a single vehicle collision that occurred at approximately 9:00 p.m. on January 23 in the 2100 block of Kiblers Bridge Road, Little Mountain area of Newberry County.

One person has died from injuries sustained in a single vehicle collision on Thursday evening.

The name of the driver has not been released yet, but the S.C. Highway Patrol says that the driver was wearing a seatbelt.

The accident remains under investigation by the S.C. Highway Patrol. 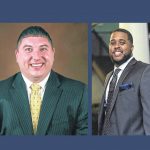