Newberry City Council unanimously approved an ordinance requiring masks or face coverings in grocery stores or pharmacies at an emergency City Council meeting held Monday because of the ongoing threat of COVID-19. The measure will take effect July 1 and last through July 31, unless extended by council.

For the purpose of the ordinance, the term grocery store refers to a retail establishment that primarily sells food, but may also sell other convenience and household goods. Grocery stores shall include but not be limited to Walmart, Food Lion, Dollar General and other dollar stores.

The ordinance stresses the importance of facial coverings in an effort to reduce the spread of the Coronavirus and states the face covering shall simultaneously cover both the nostrils of the nose and the mouth at a minimum.

All individuals associated with grocery stores and pharmacies as an owner, supervisor, manager or employee who has the authority and ability to assure compliance must also require employees to wear a face covering at all times while having face to face interaction in its establishment with non-employees, the ordinance states.

Mayor Foster Senn said the ordinance also stated that each grocery store and pharmacy does not have the responsibility for enforcing the requirement but must post conspicuous signage at all entrances informing patrons. Senn said city staff would be distributing flyers in both English and Spanish for establishments impacted to place at their entrances.

City Manager Matt DeWitt said because the ordinance would create this mandate for local establishments, the city had bulk ordered masks to supply those impacted in case customers were to come in without a mask, so that one may be supplied to them.
“We hope that this will help them with the transition,” he said.

Senn said many of Newberry’s establishments such as grocery stores, pharmacies and those in the healthcare field were already requiring staff to wear masks and had been doing a fantastic job.

Those who fail to comply with the ordinance could face fines of $25 per infraction.
Senn said he did not expect citizens to have a problem complying with the ordinance as Newberry was a law-abiding town and many he spoke with that the ordinance would impact were in favor of it being passed by council.

“It’s vitally important that we all work together,” said Senn.

City Councilman Lemont Glasgow thanked council for passing the ordinance.
“I think we need to do everything we can to keep our community safe,” he said. 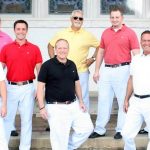