At 1:14 p.m. Wednesday, officers with the Newberry Police Department and Newberry County Sheriff’s Office responded to 2601 Evans Street, South Carolina Vocational Rehabilitation Center in Newberry in reference to a subject entering the building armed with a handgun and taking five employees hostage. Officers were advised while in route to the scene that Brown had fired a round into the building’s ceiling.

The South Carolina Law Enforcement Division’s (SLED) SWAT Team along with a negotiator were requested to respond to the scene. After an hour of negotiations, the final hostage was released and SLED’s SWAT Team along with the Newberry County Critical Incident Response Team (CIRT) were able to take Brown into custody.

Police Chief Roy McClurkin said the SWAT team did not fire any shots, but Brown fired multiple shots during the incident.

McClurkin said Brown has an extensive criminal record that goes back over many years.

“I’m thankful that none of the hostages were injured during the incident,” he said. “I appreciate the assistance of the Newberry County Sheriff’s Office and the South Carolina Law Enforcement Division.” 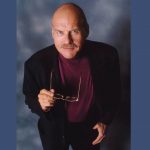 Newberry College’s “Noir At The Bar” Is October 10Local News