Another Arrest Made In Shooting Incident

Newberry County Sheriff Lee Foster has announced another arrest in connection with a fatal shooting at the Hartford Community Center on October 27, 2019.

Brandon Joiner, 34, of 632 Bush River Road, Newberry, SC was arrested Monday and charged with Attempted Murder, Breach of Peace of a High and Aggravated Nature, and Possession of a Weapon during a Violent Crime for his involvement in a shootout that took place at an unregulated Halloween/Birthday party.

Investigating Deputies were able to identify Joiner through information gathered at the scene and through extensive follow up investigations. Warrants were issued for Joiner Thursday. Deputies and SLED agents searched for Joiner over the weekend and Joiner surrendered himself to law enforcement Monday. He was taken to the Newberry County Detention Center and booked. He bond has been denied.

Sheriff Foster said that a fight broke out inside the Hartford Community Center between two individuals. The two were ejected from the Hartford Community Center into a crowded parking lot by security personnel employed by the party givers. Shortly after, a gun battle ensued between Joiner and Kevin Holland. During the gun battle Joiner was struck in the leg by a bullet and Jared Singley received a fatal gunshot wound.

According to Sheriff Foster, the investigation continues and more arrests are anticipated. Sheriff Foster said that he is still concerned with the lack of cooperation by people at the party. He said that while there were several hundred people at the party, it has been extremely difficult to get information regarding the shooting. Jared Singley was killed and there are people who have the answers to how this happened.

“I am sure many people saw the fight, the gun battle and may have critical video information that could lead to who fired the fatal shot that killed Singley. If you want to stop the violence, let us put the violent offenders in jail,” said Sheriff Foster. 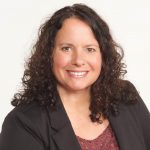 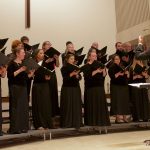